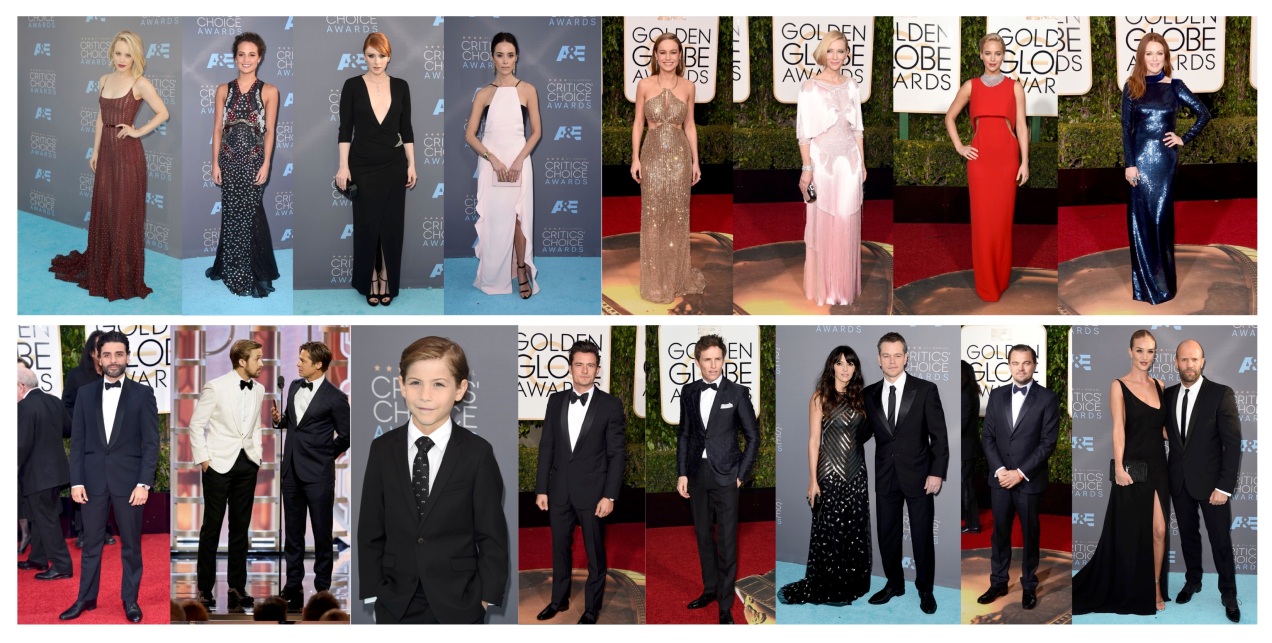 Queue up the DVR, because we are in the middle of award show season, babies! As someone who loves the satisfaction of checking experiences of a list scrawled in the back of their planner, I kind of, totally live for award season. Every winter, society simply GIVES us a dozen movies we should probably see so that we can have a relevant and exciting conversation about Leonardo DiCaprio in the checkout line at lunch.

But the real reason I love award season is, DUH/OF COURSE, the fashion.  So much money, thought, work, and planning goes into the outfits of the stars that I feel we really owe it to the “teams” of the stars (if not the stars themselves) to pay attention. But doesn’t that whole best dressed/worst dressed scenario feel a little played out? I mean, fashion police feels a little tired, am I right? Not gonna lie, my super snarky alter-ego comes alive when assessing this category so in effort to be kind and carry on, I’ve come up with a new idea:

Ladies and Gentlemen (and let’s be honest, I mostly mean ladies), here are your contenders:

This year, I’m matching up some of the shiniest and most dazzling movie and TV stars to determine who really is the most fabulous of them all. We’re about halfway through the season so I’ve already pulled my favorites from The Golden Globes and The Critics Choice Awards. On Saturday, we have the SAG awards and then the mothership, The Academy Awards, brings our sports-meets-fashion-face-off to a head on February 28th.

Note: An Inordinate Amount of Time Was Spent on This

A few things to note:

Happy DVR-ing everyone, don’t start without me. I’ve got the popcorn.